So I have the following SQL commands for the description below. I am not sure I have the constraints right especially for the foreign keys, and when to use not null and when not too. Can someone verify if the commands are correct, based on the database description?

Answering your question is fairly easy. I took your text and progressed it to the finished product rather quickly. There are technologies and methods that we in the real world have had for 50 years:

(There are, of course, more Standards that are required to be utilised when building a complete application, which must be mentioned, but that is not relevant to your question, and thus not enumerated here.)

So in the real world, at least in the high end of the market, which is my domain, life is easy; straight-forward, we can model and build databases and apps correctly and quickly, and we can change them easily as per expansion requests.

But that is not what is being taught at universities, at tertiary level. What is being taught, as evidenced in your question, and the thousands of similar question on StackOverflow, is defunct and anti-relational, heavily promoted (eg. your textbooks and all the professors that use them), falsely labelled as "relational". Essentially pre-Relational technology, using pre-Relational methods.

Therefore it is quite straight-forward to process the given info, and to create the required result. Using tools we have had since 1984. But it is very difficult, if not impossible, to do so using ancient methods and primitive tools that are defunct, obsolete, since 1984. While still maintaining a teaching question-and-answer context.

Therefore, as evidenced in your question and thousands of others, you are not being educated in the required science, you are being indoctrinated into false "science". Feel free to print this page off, and give it to your "professor".

The question, the exercise, is actually a good one, well thought out. But again, the correct answer (that satisfies all the requirements detailed) is impossible to work out without using a Relational Modelling method (it cannot be worked out using legless ERD as the modelling method, which is what you have been "taught" to use). The exercise is a modelling one, definitely not a translation (ERD to SQL) one.

Therefore, answering the question, using the normal tools we have had since 1984, is easy, but doing so from ERD, which does not have the necessary detail, is impossible. Like leaping from the horse cart in Los Angeles into a seat on a train that just arrived at San Francisco.

I will give you the result, an IDEF1X data model that satisfies the requirement. One of the great powers of a Standard is that it defines all details required (ie. all rules and constraints), not only the detail that the modeller understands, and it can be rendered at any level that is required (Table; Table-Key; Table-Key-Attribute; ... Datatype; etc). I am giving you the Table-Attribute level, you can work out the SQL DDL that is required. 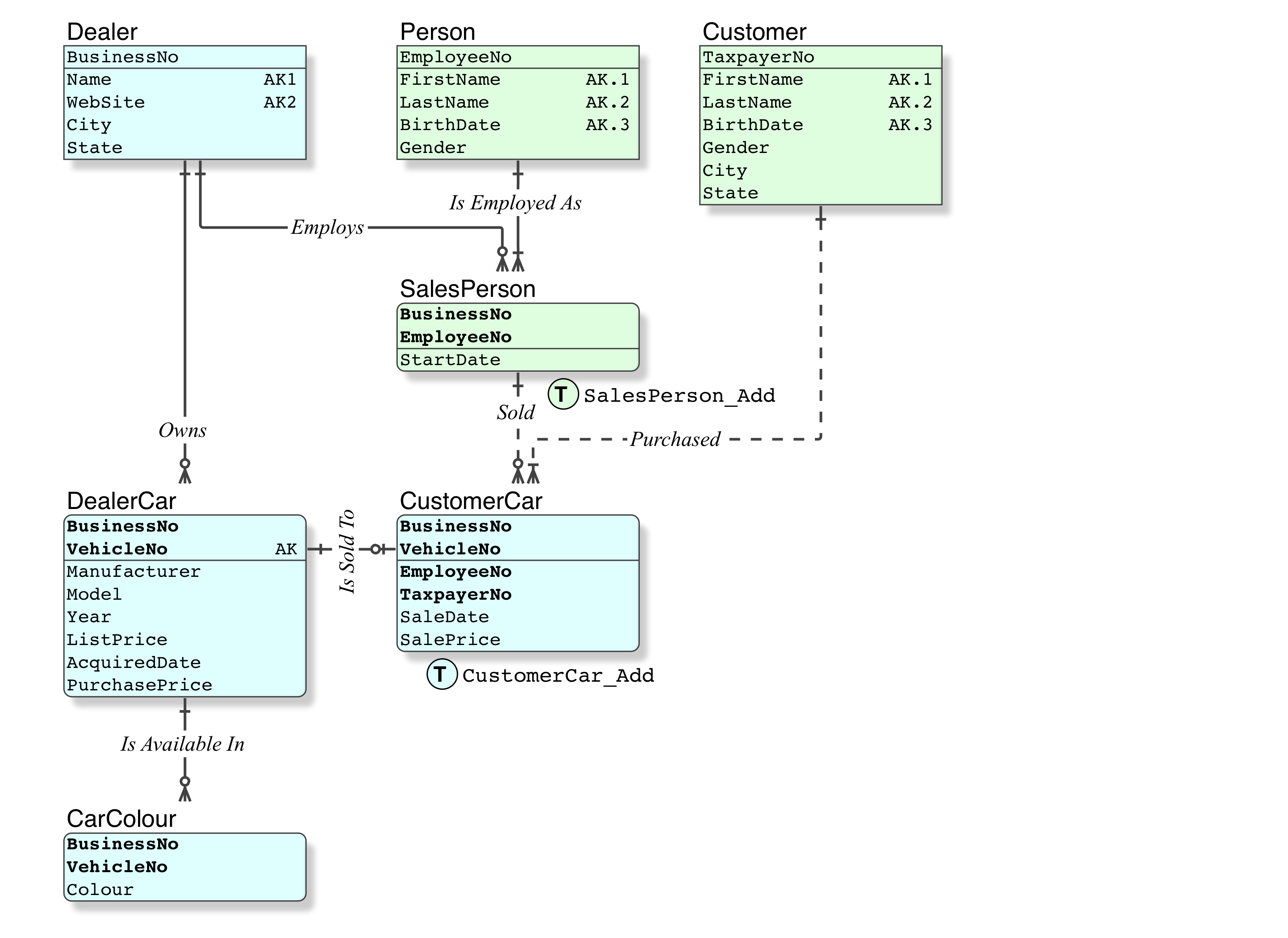 Your task is you choose the mission. You have already provided the first cut for the SQL DDL that is required. Great work, jumping the modelling gap. Hopefully, you can read the IDEF1X data model, which has more detail (read my IDEF1X Introduction, and progress the SQL DDL to that which is defined in the data model.

One thing that the exercise exposes, and thus teaches, that is very important, is this. Note that your "professor" may or may not know or understand this Relational concept:

Here is a data model erected by a person who does not understand Relational Keys, or Relational Integrity, who implements just the Keys that are given. I will include the other errors so that a comparison with the correct model can be obtained readily.